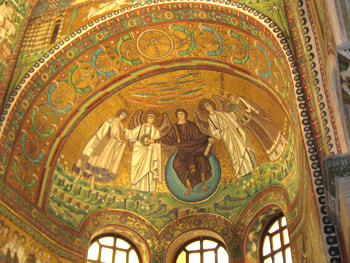 ​THE SPECTER OF A TRANSATLANTIC FLIGHT without a book drove me into the airport bookstore—and into the unfamiliar arms of a lusty romance. With the final boarding call for my flight blaring overhead, I grabbed a book and ran to the gate. For the next twelve hours, the steamy affairs of a six-generation dynasty held me captive.

With this purchase I’d been given a new passport allowing me to be someone I’d never been, a visa to roam freely the literary landscape of the airport bookshop without Mrs. Should. You should read Moby Dick, you should read Oprah’s latest pick, you should read the book your friend loaned you .... After that flight in the company of the wanton daughters, nieces, and sons of the family pictured on the book cover, I began arriving bookless and tardy to the airport. With departure times bearing down on me, I chose thrillers, mysteries, or best-selling trifle without time for thought—or guilt.

This past spring, I found myself in a San Francisco airport bookstore. My travel buddy Alma had called unexpectedly and asked if I’d join her in Venice. With my father’s recent death weighing on my heart, I needed a break from the sadness, so I bought a ticket and packed my bag. In the bookstore, I rushed along the racks looking for a last minute read, gravitating to the foil-embossed bestsellers. But standing in front of the brightly lit wall of romance and adventure, I balked at the buxom women, the atmospheric paintings of Maine, and the blood-dripped titles. After having spent the previous year caring for my dying father, I’d lost my taste for escape.

I moved over to the quiet section of non-fiction and memoirs. Two almost-white covers sat side-by-side, Anne Lamott’s Grace (Eventually) and Joan Didion’s A Year of Magical Thinking. I had wanted to read Lamott’s book from the time I’d first heard it reviewed but somehow, I could never bring myself to buy the book. Didion’s book about grief was an obvious choice and I bought the pair.

As the plane took off, I began Didion’s detached and emotionally accurate experience of loss. Losing a husband is worlds away from the death of a parent, but grief is grief. Her realization that she hadn’t gotten rid of all her husband’s clothes because, deeply and irrationally she believed he might return, hit me hard. I wish I’d read her book before I’d collapsed in front of my dad’s closet, not wanting to, but knowing I must, give all his clothes to Goodwill, even his dancing shoes.

In Venice, I settled into my friend’s apartment, determined to visit every one of the twenty churches listed on my Chorus Pass. But by nightfall, I was anxious to finish dinner and return to my little room where I could explore grief and my own magical thinking with Didion.

When I’d made my choice at the bookshop in San Francisco, I’d unknowingly bought a conversation, Lamott going forward where Didion left off. Tucked into my tiny bed, I began Lamott’s book, laughing at her struggles with life, death, and the mishaps in her faith, but not understanding when she said grace had a way of poking past life’s difficulties.

Then one sunny morning Alma suggested a day trip to nearby Ravenna. I’d wanted to see the city’s 5th-century Byzantine mosaics since I’d studied them in art school. We toured the mosaic-filled churches and by late afternoon we’d reached the Basilica di San Vitale. I craned my neck and gazed at Emperor Justinian and Empress Theodora, bejeweled, standing in a field of gold tiles in the apse that towered two floors above me. Christ, San Vitale, angels, and myriad apostles filled the other surfaces of the golden dome. Visitors whispered and moved in slow motion around me.

Finally my friend touched my shoulder. It was time to walk back to the train station. A shaft of sun came in the door from the adjoining courtyard and lit the tiled floor like a spotlight. I turned back and looked once again at the apse. In that instant, a feeling of well being washed over me, and startled me.

I stood still in peace and contentment. Grace.

On the train back to Venice, I sat in silence and watched the sun set across the Po Valley. The plain opened up big and flat and I could see in all directions. I could see forward to selling my dad’s house and finishing up the paperwork of his life. I could see backward and remember sitting on his lap and listening to him read aloud the current month’s issue of National Geographic. I watched the nightmare of my father turning against me in the darkness of his dementia dim. And I said thank you to something, I wasn’t sure what.

The next day I rushed for my homeward flight, stopping long enough to grab an English-language thriller thick enough to hold me all the way to San Francisco. As I made my last-minute literary selection, I scanned over my shoulder at the bookstore’s hidden corners, checking for Mrs. Should. Thankfully she hadn’t figured out how to get past security—and today she still hasn’t.

more travel stories: Day Use Only